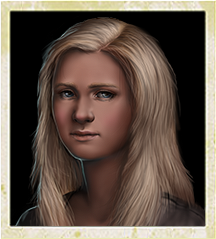 Note: Jenifer will die if she is not recruited before Day 33 (May 22nd).