The Old General Store is a gas station and consists of two buildings facing the gas pumps. The entrance to one building is blocked by a truck. There are a few cars and a truck(called semi-truck).

Location is found on the 283, north of the shelter and a the alley.

There is a varied amount of loot to find, but most of all there is fuel.

There are no alarms.

The door into the second building, the one that has the front entrance blocked with a truck has a rating 80 door that can be opened at least with a Mechanical skill of 6.

Two looters are in building facing the gas pump.

Two Looter are outside other building, either to the left or back.

Three are inside the building that has the truck in front.

Shooting has a small chance of spawning zombies. 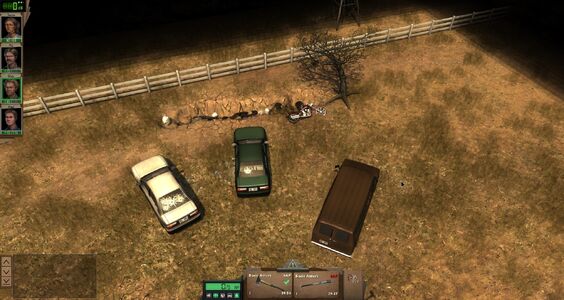